The hotel is now very modern, comfortable and with additional amenities offers to its guests vacation of their dreams during the summer as well as during the winter. Hotel is categorized as a four star hotel (****) and has 116 comfortable accommodation units that is 270 comfortable beds.

It extends from the northwest to the southeast for 80 km, and has a width of around 40 km in the middle. The highest section of Kopaonik is the spacious Ravni Kopaonik plateau around which rise Suvo Rudište and Pančićev Vrh (the highest peak at 2017 m).

Kopaonik has a sub-alpine climate and and is rightfully known as the Mountain of the Sun for there are almost 200 sunny days during the year. Cold and heavy air is channeled away to the surrounding valleys and basins, meaning that winter temperatures are not too low (the mean annual temperature on Ravni Kopaonik is 3.7°C). Snow falls from the end of November and stays until May, which is on average 159 days a year.

Due to its valuable ecosystem, Kopaonik became a national park in 1981.

Kopaonik lends itself to active relaxation throughout the year and is the largest and best-known Serbian ski center. The Ravni Kopaonik plateau is centered around tourism, with a wide range of accommodation and a network of ski slopes among other facilities. Another tourist hot-spot is located near the village of Brzeća, on the eastern slope of Kopaonik. The first class ski slopes lie between 1650 m and 2017 m above sea-level. This tourist resort has a network of 24 ski-lifts connected in one system and 2 children’s lifts, and caters for all types of skiers. The ski-lift system covers the ski slopes total 55 km in length. The system can handle 32,000 skiers an hour. Guests also have the use of a 12 km-slope for Nordic skiing, and in Crvene Bare there are marked slopes of 3, 5 and 10 km in length. Ski hire and repair services are also available, as well as snowmobile hire.

Escape all the noise and stress of the big city, join us for a vacation in the Pirin Mountains. You are welcomed to Bansko, Bulgaria and to the family, three star hotel Bisser.

The family hotel offers various types of services like transportation to the ski-area, trips to different destinations, kindergarten, ski-rental shop, ski-school, tourist guides, currency exchange, etc.
The hotel offers to its guests many types of massages, free sauna and wifi access, free transfer to the first station of the cable and trips upon customer’s request.

Bansko ski resort is the best winter resort in Bulgaria with the longest ski runs and the richest cultural history. The town of Bansko is situated at the foot of the Pirin mountain in the south-western Bulgaria, 160 km from Sofia. The resort offers excellent ski and snowboard conditions and infrastructure. A lot of hotels of various standards and prices are available for booking on-line. Regarding Apres ski – the resort offers hundreds of bars and traditional restaurants called ‘mehana’. Bansko mountain resort is an excellent choice for your ski and snowboard holiday in Bulgaria.

Bansko is a ski and mountain resort located in the south-western part of Bulgaria. The town is situated 6 km from the town of Razlog and 160 km from the capital of Sofia. Bansko lies on the two banks of the Glazne river at the foot of the Pirin mountain, right bellow the highest part of it. The Pirin mountain is an Alpine type mountain with its highest peak – Vihren (2914 m). The town of Bansko is located 925 m above the sea level whereas its ski area – at an altitude of 2000 – 2600 m.

Bansko ski resort is attractive in all seasons. It provides excellent ski and snowboard facilities, as well as a unique history and architecture of an old and new part of the town. Thanks to these features Bansko is a favorite ski and snowboard destination.
During the recent years a multi-million Euros investment in a brand new skiing area has been made by Yulen, the company that runs the skiing area of Bansko. Numerous new luxury hotels and facilities in the area of the Gondola lift station have been constructed. 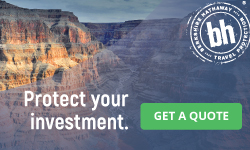